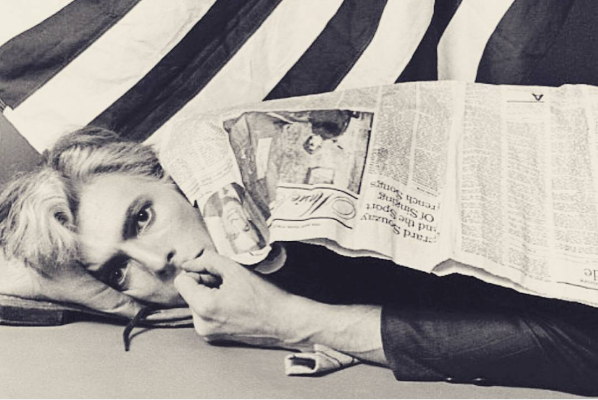 I’ve been feeling a little tender and extra with all the election/convention/post-convention news onslaught that’s been going for well over a year and it just. never. stops.

On my car radio, at the gym, all over my phone and my computer and my email. In everyones’ mouths. As if nothing else matters. Or nothing else is happening. Except for the interspersing of shootings.

I’m not trying to be overly dramatic or going down the hole of despondency too far here — it’s just that in these times I remember that before 9/11 there wasn’t a 24 hour news cycle. It wasn’t always like this. Probably for a reason. We have almost no cultural memory when we move too fast.

I lived in France in 2001, so when I got back I was shocked at how people were consuming news. Oh and those crazy ass “these colors don’t run” bumper stickers. I mean WUT.

And I came back to the US because even though I wanted to follow some friends and teach English on Reunion Island or move to Paris, I felt the pull back home. Like I was needed and it was my duty not to abandon my country to all the crazy right-wingy nationalism that I knew was taking hold.

I dove right into campus anti-war activism and then ended up working for a women’s grassroots peace organization when I graduated. I even organized and executed our 2008 convention strategies (protests in the streets and disrupting Bush, Cheney, et al). So I’m ok with the fact that at one point, political organizing, media, news consumption, communications strategies and progressive politics were my life. It’s still incredibly meaningful and critical, but it’s not everything to me anymore.

I’m also learning to be ok with the fact that consuming too much news isn’t great for me energetically and that it’s a dance, for me, to be an engaged and aware social participant, and an aligned and grounded healer.

Our culture doesn’t really “do” that dance, so I have to make it up as I go along sometimes. Which sometimes leads me to feeling out of the loop or, conversely, too in the loop…full of info that does little for me or anyone I serve.

These are some of my biggest lessons over the past decade, honestly. That and how to survive (and ultimately side-step) burnout. A topic for another time…