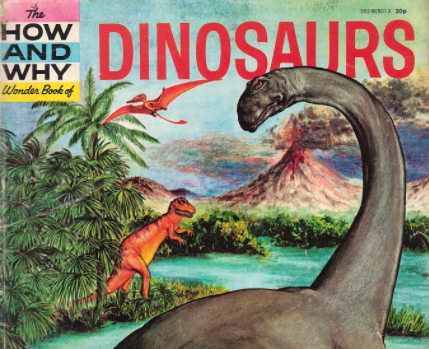 I was talking to a friend yesterday about dinosaurs. Not velociraptors (awesome) or brontosauruses (my fave…those necks!), but the dinosaurs in our lives who hold firm to antiquated perceptions of living together on the planet.

Whether it’s stress chatting on the phone with family members or awkwardly tense and toneless facebook comment convos, it can feel wildly emotional to have conversations with dinosaurs.*

“the planet that blurs boundaries [and] also reminds us that borders were invented by thieves that stole the land [to] it cut up.”  Which sums this all up nicely, don’t you think?

To try and express that:

takes passion and gumption and heart to express.

And to potentially be met with the argument, from someone we love, that people coming to this country illegally have consequences that they and their children must pay for while bypassing the fact that our entire economy has been built on their backs, can feel really bad.

But you having these conversations is you doing the work, love. Don’t give up.***

You can’t force anyone to change. And unless the work that I do is all just happening in my head, people DO CHANGE.

Here’s what I suggest instead of spending your energy trying to forcibly change others (making more dinosaur feels):

>> Practice acceptance. You DO NOT have to accept people’s bad/racist/violent/effed up behavior. But you can practice some acceptance that they come from a place (and time) that is very different than your own.

Baby-boomers in the US (many dinosaurs in this age range including majority of Congress, president, etc) were raised by those who survived the Great Depression and WWII. Scarcity, violence, separation as the only way of life. Get that.

And sure as ancient dino guts fuel the cars we drive around every day, hurt people will hurt people. Energy follows thought. Scarcity, violence, and separation are our modern myths.

The myths we are here to end. Indigo adults, rainbow and crystal children I’m lookin’ atchoo.

>> Modeling. This is some golden rule biz. How do you want to be communicated to? With compassion? Deep listening? Love? Tenderness? Curiosity? Then give it. Especially when it feels hard. Stretch, little bunny. You must. We must.

>> Read this book. It will change your relationships by changing the way you have conversations. It’s straight up practical magic. It gets my highest recommendation.

>> Slow the eff down. Here’s a training and meditation I did to support you in slowing down so you can get more clear about what you want to create and who you want to become. You may have it already…but it’s pretty useful more than once. Just sayin’.

[Oh! And a follow up from last week, here is a great resource for donating specifically to communities of color in Houston. (Thanks, Mel!)]

* Don’t get me wrong, dinosaurs are the coolest. I was obsessed as a kid. They shaped my world for a time (dinosaur class, toys, coloring books, movies), and they shaped our literal world for many millennia. We endanger our entire ability to live peacefully on this planet by sucking their withered, petrified remains out of the earth + fight wars for all that suckage…UM THEY MADE A REAL IMPRESSION.

** Intrepid reporter, Ryan Grim, who I once tricked into publishing real-honest-to-goodness-fake-news for the sake of social justice, says DACA might not end the way we think it’s ending. Hopeful?

*** And, to be clear, I’m not saying to ignore others (even dinosaurs) as they express their emotional truth. And yes, maybe some ICE agents are doing their job according to the law. But if those laws are based on a systemic dehumanization, it might be time for a deep review and rework, eh? #mythoughts