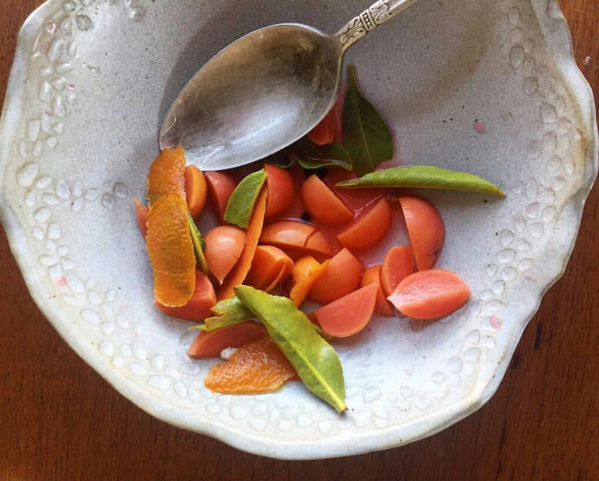 I’ve been chewing on this one a bit. I met the author, Laurie Penny (aka Penny Red), during Occupy days in NYC and at one point, I was part of her never-launched pilot webseries where we sat around the artist Molly Crabapple’s creepy dollhouse loft, chatted revolution, ate cupcakes and drank whiskey. She’s a rabble-rouser and astute critic. This time, she goes in on self-care…from a radical activist perspective.

There are many gems in here, and some aspects that l think are overly cynical/painting too broad a brush stroke — but l get that for part of this she’s commenting on (the big picture of) the dysfunction that comes with the ideology of wellbeing replacing genuine connection and engagement with the world us. Which is real.

I SO appreciate her calling out the fail of the left to honor self care. I do the work that l do as a coach (once a full time organizer) because I want to help us be better change makers. I saw/see the cost, over and over, of holding up the world and never ourselves.

The activists I’ve had the honor to work with, by and large, are the ones who: hold the most resistance to the inner work; resist investing in themselves; don’t openly/freely acknowledge the benefits of the work (even when the benefits are clear); refuse to talk about their own growth with anyone else; feel great guilt for doing the inner work; find every excuse to cut the work short or put it on the back burner; downplay their own suffering because it’s not as important as the world’s.

And maybe it’s not, but it’s that comparison that will keep us, l believe, from achieving long term, sustainable wins. Because if we can’t see ourselves, how can we truly see each other? Beyond just basic wins that contribute more to equality/cessation of suffering than justice for the long haul…

I don’t want to stand in solidarity just because l empathize with your suffering, l want to build because l know our liberation is interconnected. And that to know love for you, l have to know it for me too.

From Laurie: “The problem with self-love as we currently understand it is in our view of love itself, defined, too simply and too often, as an extraordinary feeling that we respond to with hearts and flowers and fantasy, ritual consumption and affectless passion. Modernity would have us mooning after ourselves like heartsick, slightly creepy teenagers, taking selfies and telling ourselves how special and perfect we are. This is not real self-love, no more than a catcaller loves the woman whose backside he’s loudly admiring in the street.

The harder, duller work of self-care is about the everyday, impossible effort of getting up and getting through your life in a world that would prefer you cowed and compliant.”

Self-care isn’t always pleasant. In fact, more often than not, it’s intense, scary, complex, tiring, never-ending. But clarity happens when you slow down and listen to yourself. That practice will make you a better listener all around. And if you can’t listen, like really HEAR what someone is saying about their lived experience, then you aren’t gonna change anything.

We don’t have to lay seeds at the altar of the wellbeing machine. We can look to our comrades (Laurie highlights the paradigm shifting work of queer communities making healing and care central to the revolution) and plant our seeds there. And find the fertile soul in our own lives that could use some nurturing.

“The ideology of wellbeing may be exploitative, and the tendency of the left to fetishize despair is understandable, but it is not acceptable—and if we waste energy hating ourselves, nothing’s ever going to change. If hope is too hard to manage, the least we can do is take basic care of ourselves.” A-wo-men.

And she closes with a quote from Audre Lorde that has been a guiding light for me since the very beginning:

Self care “is not self-indulgence—it is self-preservation, and that is an act of political warfare.”