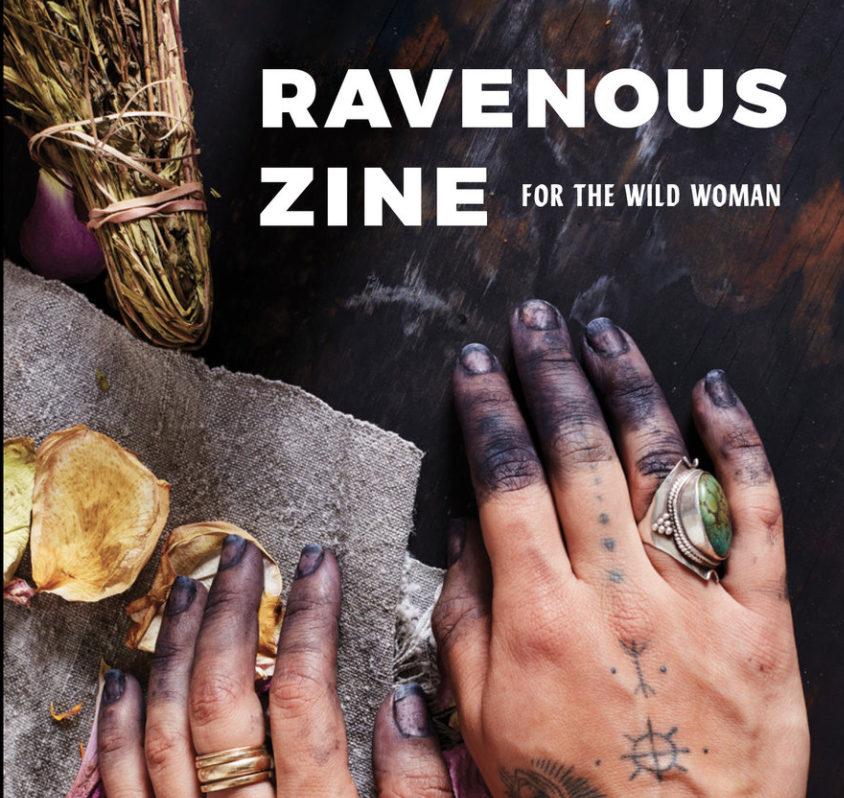 The divine masculine is personified as focused, purposeful, discerning, and courageous. In its purest form, the masculine is pushing us forward into our future. A magnificent one ripe with possibility and meaning.

The essence of the divine feminine is that of profound connection and intuition. Of a nurturing and undulating wisdom that comes from experience, patience, and a feeling-knowing.

The divine masculine asks us, “what is possible?”

The divine feminine asks us, “what is of value?”

As conscious humxns living on the planet we, ideally, dance with both of these questions and discover what’s deeply meaningful so we can bring it to life and change our world.

Yet, we live in fractured times. A present based on centuries of wounding built right atop so many of the wounded. Our hyper-masculinized overculture has turned what is possible into an endlessly (and gruesomely) rewarded race without a finish line and without the necessary feminine balance to process what is most important, personally and collectively. Our divine feminine nature has largely been compromised, compressed, and diluted.

This elemental fracture landed squarely in my body in the dog days of summer 2008. I was five years into ceaseless anti-war organizing for a grassroots womxn’s peace organization, with whom I’d traveled to Iran, toured a group of Iraqi womxn around the country, lived and organized in post-Katrina New Orleans, and infiltrated and disrupted countless high profile ultra-conservative events. I was recovering from altitude sickness, a steady diet of warm chardonnay and what is possible while organizing non-stop political spectacle around the Presidential Conventions. I felt like a burned-out tree trunk – singed bark, crispy leaves, root system flickering offline. I felt empty… like it was going to be a while before life came fully back to the whole of me.

I’d spent the previous several years people-pleasing because – as I’d soon learn – I had a pattern of attaching my inherent value to other people and their perceived approval of me while projecting Kali-level furies at government officials who did the same thing. I didn’t understand the concept of boundaries and I didn’t know that “no” was a complete sentence.

These were things the world taught me.

I took on responsibility for other people’s emotional experiences and tried to control the uncontrollable. Problem-solving became my main currency. Troublemakers can make the best troubleshooters. More lessons from the world that many of us girl-children are handed and we internalize because our mothers and grandmothers did the same.

I felt guilty if I slowed down or took time for myself. I felt fortunate to get whatever I was offered and asking for more, even if it’s what I needed, was greedy and excessive. I would hold my pee for hours. I had a hard time telling what hunger felt like in my body because I was mostly too busy to do anything about it. I felt that spirituality and personal growth were not revolutionary enough. These were things that anti-capitalist organizing taught me. My friends and I now call it punk damage.

I victimed. I martyred. And for a long time, I didn’t take responsibility (or know that I could and how it would heal me when I did) for any of that. Most all the young organizers around me were in the same churn-and-burn-hold-the-world-up-and-not-ourselves cycle with me. We weren’t modeling sustainability or care or love in all of our actions, but then again, they hadn’t really been modeled for us.

I couldn’t see then how regenerative this burn would be or how through it I’d become a different tree – new shape, new perspective, new substance – altogether.

While the burnout flames were still just licking my bark, I overheard two movement leaders (one my boss at the time, the other her husband) going back and forth about which was the right approach to change – the dismantling and exposing or the visioning and building anew? They were positioned as energetic opposites. Did they need to be or was this just the fracture pushing us toward a false dichotomy, like every US election cycle?

After that, I anxiously thought about whether our approach of naming and shaming was the right way. There was a never-ending list of names to shame. Problems to solve. Since we were oriented around troubleshooting, we’d always be putting out and causing fires that would then need more putting out. And even if we extinguished a big fire – like stopping a war with Iran – if a majority of young activists were burnt and then perpetuating the same hustle/problem-solving pathology, did it count? Yes, perhaps thousands of lives would be saved (important), but by reinforcing the fracture/not really changing our internal and external programming, did it really matter? Were we just trying to win or trying to do the most valuable thing?

I needed answers to questions I barely had the courage and clarity to ask. Just months after the conventions, on my 29th birthday, I’d found a healing community of young womxn artists and activists where I would finally learn how to slow down and truly hear myself and others.

Over the next year in this small group, without a campaign to fight for or an organized rallying cry, I learned what healing and change felt like inside my body. It’s where I learned to ask other questions now central to my philosophy of change, “Who am I and what am I here to bring?” Learning who I was was essential to understanding what was most valuable. In that inquiry, I could finally sense the key to sustainability. When I asked “Who am I?” with relentless ferocity and was met with a support system and a structure to do it, I could embody change. I could literally experience what change felt like in my limbs. I was far from regenerated, but the smoke was clearing and I could sense myself again. Or maybe for the first time. Before then, I was trying to make change happen out in the world (and in other people’s communities) when I didn’t know it for myself.

I saw that much of the change work I’d been involved in was fueled by projections of my own and the collective shadow. By doing my own healing work and releasing that it was not “revolutionary enough”, I was contributing to collective healing.

When we heal, the earth heals. This space created by embodying change is where what is of value meets what is possible.

Moving at breakneck speeds, even for the cause, keeps us from seeing what is truly important to us and our communities.

In order to rebalance by consistently making room for the divine feminine aspects in all of us, we must go slow in a world that teaches us fast is the only way.

The trick of slowing down is to realize that we’ve been programmed into thinking that it’s less effective when ineffectiveness is positioned as a cardinal sin, so slowness = sinful. This is the same as saying the divine feminine is sinful, which we know has been a popular point of world religions and petty misogynists for millennia.

By understanding my own personal burnout as something that started in my childhood and had been living in my emotional, physical, mental and spirit bodies for decades (and lifetimes even), I could feel the real long game we needed to be playing. The one of personal healing as access to collective healing. In my many reflections of our movement haste, I felt that we were often sustainability-adjacent – fighting against the destruction of our environment by the military, but recreating/reinforcing a resource burnout culture.

In my slowed down innerwork, “sustainability” came out of this overused oft-green-washed enviro-speak space into something that began to settle into my bones. Embodying change can teach us from the inside out so we can go the long haul. We must.

This was the energy I brought into my Occupy Wall Street organizing. I wasn’t there the first day, or the second, or the third or the tenth. I was watching from afar (Brooklyn) and checking in with myself because I could feel the tidal pull on my bones and I could tell it would be all-consuming. Cue flames and flame outs.

It’s said that when a forest burns, what comes back may not resemble what was lost. After 3 years of deeply personal and transformative healing, my tree was different. I knew how to set boundaries. I had a sense of my own value and worth. I had grown my capacity to take care of myself on an emotional, spiritual, physical and mental level. I was not yet masterful in any of these but I knew enough to say no to others (and yes to myself) when necessary. So even though the smoke was thick around Occupy, I did not burn.

While there was no centralized organizing or demands (by intentional design), there was an effort to get people to really feel the effects of late stage capitalism on their own lives and to use that energy to shape change in their homes, businesses, and communities. For all the things that can be and have been said about Occupy we knew in our roots that embodiment was key. Which is why I stayed active for almost two years while also being called to start my own coaching practice.

I believe we have to know what that revolution, what that pure experience of vision, feels like in our bodies in order to create it. When we heal, the earth heals. This space created by embodying change through slowing down and through personal transformation is where what is of value meets what is possible. It’s not an end point, it’s an experience. It’s pain and pleasure. We dance with it, journey with it, embrace it until our time is up.