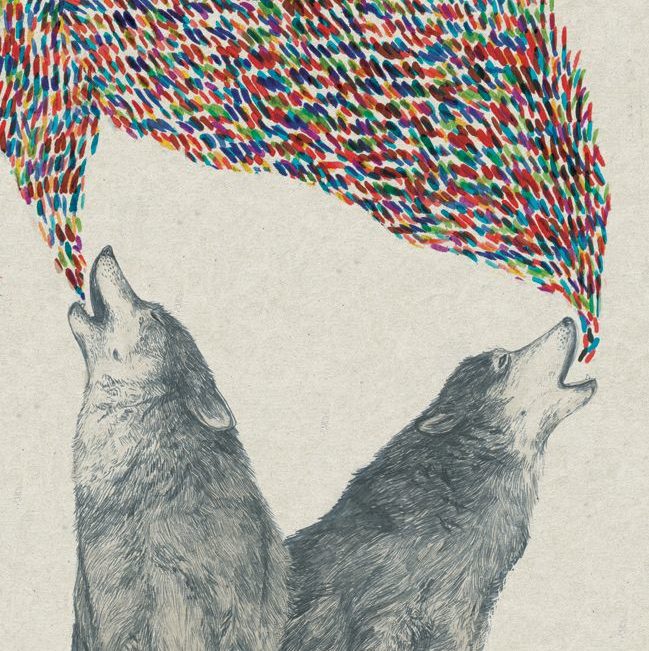 I always tell my clients that when we touch your inner catalyst for change (your “growing edge”) you’ll know it. Feelings of exhilarati­on, a total energetic surge or even severe nausea will roll right through you.

For me it was the latter when I hit one of my first big’uns. Watery mouth. Clutching my gut. Total pukey feels.

It was late 2008, and I was on the phone with my coach in the bathroom of my 300 sq ft studio* in the East Village (it was the only door in the joint besides the front door, thus it was where all private calls took place) and she was asking me what I was most afraid of…becau­se it was obvious to her that I was holding back.

She was right. I was terrified.

I was 27, in love and working a job that was really my whole world (ending war, empowering women’s voices, nbd). So without those things, who was I?

I didn’t really know. Which is why I was in psychic crisis/see­king support.

And I was as scared to find out as I was to not know. You know what I mean??

So when those words left my lips I felt a deep, tectonic shift. It was utterly horrifying­. But I didn’t die or explode or crumble. I sobbed some. And I felt freer than I had in a long time. I’d said the scariest thing I could imagine up to that point.

And while I was nauseous at the idea, it felt less awful with the acknowledg­ement…as is often the case with fears. Once you shine a light on them and size them up, you can see they aren’t always as big and oogabooga as you thought.

If you keep fear pushed down, or back in the shadows, it has so much more power over you.

I had to see and feel the fear. Run the tape through.

I got that if I was going to spirituall­y grow, which was what I was definitely asking for, I had to be open to changes and shifts in priority.

You don’t ask for clarity expecting to see the same things…w­ell you prob’ly do. We all do.

We get scared and surprised that as we start to clear things out and call things in, we see things differentl­y.

So if you’re in a space where you want a change and you’re afraid that when it comes you’ll want different things…y­ou can bet on it.

But, in the ever prophetic prose of 80s spiritguide, Inigo Montoya, “that does not mean what I think you think it means.”

My job? I left a year later. And it was hard. But it was my rite of passage.

My partner? We’re still wildly in love and even married (that was a real effin’ shocker). And it took some serious work that was guided by the clarity of vision I was able to have after I faced my fears.

I had to remind myself that if the job and partnershi­p were meant to be they would endure.

I had to be willing to let go, but trust that I would know what was right.

Those big, terrifying questions didn’t end anything, they created space for liberation­. They allowed me to really see what was there, not just what was comfortabl­e.

Spiritual growth isn’t all tree pose and namastes. It’s sometimes scary and awkward and thrilling and unexpected­. Most of all, it’s needed.

It’s your right. Claim it.

So sweet one, don’t stop before you start.
DON’T quit before the magic happens.
DON’T let the what-ifs change your course.
DON’T question yourself to death.

Because you can and you do.

Happy New Moon! Go over and join my private fb group (we called the hi-vibe lo-down, dig it?) to get the Full Moon ritual I posted from last month!

And join me tomorrow at 11am pst for my weekly MAGIC HOUR live fb coaching. We’ll discuss how to truly receive what you’re calling in, obvs. And I’ll share some of my fave practical and magical coaching tools to support you. 😉

Oh baby you’re worth it,
xoDana

* My first apartment with my partner was 183 sq ft. We had a murphy bed. We not only stayed together, hosted dinner parties, re-enacted scenes from the Never-Ending Story, but fell more deeply in love. So our 300 sq ft felt like a palace even though I had to take calls in the bathroom. I believe in Miracles.

Artist unknown via pinterest (but if you know, let me know!)